Serving the community Since 1962
Close

The Lake Geneva Jaycees recently contributed to the Badger Wrestling Program to assist in their summer wrestling season.  The team, who assists with the Venetian Festival, recently travelled to the University of Nebraska-Lincoln and competed at the Summerfest Duals in Milwaukee.  The team spent five days practicing and competing against teams from across the Midwest.  While in Nebraska, the team was lead in a practice by 2012 Olympic Champion Jordan Burroughs.  In addition to Nebraska, the team traveled to Milwaukee to compete in a tournament on Summerfest Grounds.  The sixteen team tournament has held outdoors during the festivities.  Badger went 2-1 on the day, losing their final dual of the day by a point, 29-28.  The Jaycees are proud to support this great program! 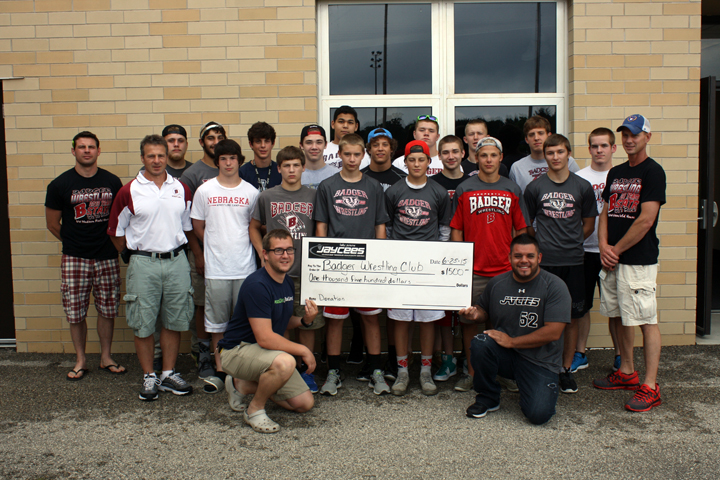